Marriage of the Di Daughter CH 8 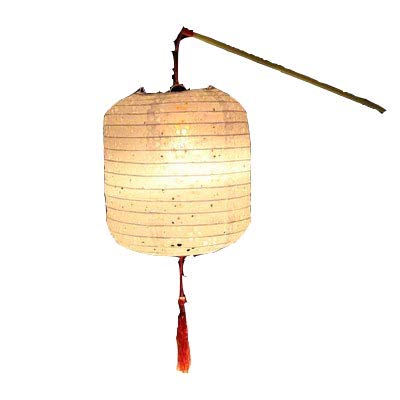 Please read from there to support the translating team.

In any other site, you are supporting those who steal and use our hard work without permission.

Nobody spoke for a while.

A forest of peach blossoms below, the roof above.

The man’s gorgeous and beautiful appearance was enhanced by the beautiful scenery.

His eyes locked on Jiang Li.

His smiling expression had a hint of evil.

However, it was unclear whether he was a friend or a foe.

At this moment, Tong’er, who had been stunned by his appearance, could not help but suspiciously ask, “…… Flower demon”

This person looked as beautiful as a demon and his presence was too striking, which made one be dazzled.

Jiang Li had not yet spoken when unexpectedly, there were noises coming from outside.

Jiang Li was startled, and she raised her eyes once more towards the roof.

However, the beautiful young man was no longer there.

What remained was just the slight swaying of the peach blossom branch, giving the impression of an endless spring dream.1

Tong’er was equally surprised, she rubbed her eyes and said: “This servant couldn’t be dreaming, right”

Jiang Li replied: “It wasn’t a dream, but right now…..” She heard the sound of people chattering getting closer and closer and the corner of her mouth raised.

She no longer thought about her initial suspicion and said: “Let’s go to the main hall to kneel.”

These days, although Tong’er had too many surprises and doubts, she still didn’t ask too many questions.

Without hesitation, she followed Jiang Li to kneel in front of the clay Buddha statue, the plate of fruits for the offering was also returned to the table.

The two people had just knelt when they heard a burst of lively and excited chatter coming through from outside, along with someone knocking on the door of the nunnery.

The knocking sound startled the Buddhist nuns inside the nunnery.

A person opened the door and the lanterns were also lit one by one.

The voices from outside got louder and louder.

Carrying a portable lantern, a mama led the crowd into the main hall.

As she entered the hall, she didn’t expect to see two people kneeling inside.

After all, it was already quite late.

She turned around and said: “Madam, there are still two nuns here.”

The people behind the mama stepped out one by one.

There were madams and young misses, as well as a few males, all of them dressed elegantly.

The madam whom the mama spoke to had fair skin with a gentle and graceful temperament.

She walked forward and was stunned when she caught sight of Jiang Li.

She immediately shook her head and said, “She is not a nun, she is still keeping her hair.

The person next to her should be her servant girl.”

The long, black hair framing her small face made a sharp contrast, causing her complexion to appear paler.

However, she exuded a gentle and peaceful aura.

Although she seemed weak, yet sitting at the foot of the Buddha, she appeared clear and exquisite.

When one looked at her, she looked extremely pure and tender, giving people a very good impression.

Perhaps pitying her young age, those madams spoke to her in a soft and pampering voice, “Young miss, it’s already late, why are you still here”

Jiang Li replied, “I made a mistake and the Head Nun ordered me to kneel here and meditate.”

The crowd of people was extremely astonished.

Someone angrily said, “It’s already so late! What mistake was committed to make a young miss kneel here at these hours What if the body is hurt Don’t they teach the heart to be merciful Why use this vicious way”

Tong’er rolled her eyes and cleverly seizing the momentum, she promptly changed her expression.

Yesterday, this servant was not careful when carrying young miss’s vegetarian dish and dropped it.

When these words came out, the group of people immediately felt indignant.

They came to the temple to worship Buddha, naturally, all the people’s heart here was benevolent.

To see a young miss being bullied, it was inevitable that they became angry.

Another person said, “No wonder, no wonder there is such a scandal outside.

It precisely is because of the malicious heart of that bewitching nun.”

Jiang Li looked around, not seeing any of the Buddhist nuns, she wondered, “Excuse me.

Where are the temple nuns”

The gentle madam who had spoken first to Jiang Li asked, “This miss doesn’t appear to be a person from the nunnery.”

“Jiang family” upon hearing what Tong’er said, several young misses from the other side looked towards them and asked, “Is it Chief Assistant, Lord Jiang Yuanbai’s Jiang family”

“How is it possible” Those young ladies saw that Jiang Li’s age wasn’t that big and said hesitantly: “We only know that Jiang family has a third young miss, Jiang You Yao, yet we had no idea that there is still a second young miss.”

“Jiang’s second young miss” when these words came out, the young ladies didn’t have any reaction.

This matter, the entire Yanjing knew about.

However, it had been too long.

They had also heard that after the incident, the second Jiang miss was sent to the temple to learn the rules.

All these years and she had never returned to the capital.

They never expected that they would meet her here.

Yet the Jiang second miss before their eyes, Jiang Li, did not appear like what the rumours said: a malicious person who plotted to kill her second mother.

Kneeling in the Buddha’s main hall, with her docile and weak appearance, to possibly harm her second mother, when the words were out, nobody would believe it!

People were always more willing to believe the things they see with their own eyes.

Jiang Li observed the first madam who had talked to her.

She hesitated before asking: “Madam…..

Are you Madam Liu from the Chengde Official, Master Liu’s household”

The madam looked at her distractedly and asked: “Young lady remembers me”

Jiang Li lowered her head, seemingly embarrassed and with a faint smile she replied: “A few years ago, madam once came to the residence during the Peony Festival and gifted a peony plant.

This belongs to BloomingTranslation, please read from out blog.

Any other place you might be reading this has STOLEN our translations.

Please support us by reading from our site.

Just have too google it, it’s not difficult.

After hearing what was said, Madam Liu pondered for a bit before saying: “Correct.” Her gaze when looking at Jiang Li turned a bit softer, “It’s rare for you to still remember.”

When Ye Zhen Zhen just married and arrived in Yanjing City, she had a lot of contact with this person, Madam Liu.

Afterward, when Ye Zhen Zhen passed away and left Jiang Li behind, owing to the close relationship of the two before, Madam Liu still frequently visited Jiang Li.

But when Ji Shuran entered the doors of the Jiang household, it was no longer convenient for Madam Liu to come and visit Jiang Li.

The Peony Festival that Jiang Li mentioned before ought to be the very first time Madam Liu met Jiang Lî.

Now that Jiang Li mentioned it, before Madam Liu’s eyes appeared at once the untimely death of her close friend Ye Zhen Zhen.

Madam Liu carefully sized up Jiang Li who was standing in front of her.

Didn’t know whether inside her heart she felt guilty towards her good friend, but when Madam Liu looked at the girl in front of her, she increasingly felt close and familiar.

She said: “So this is where Lord Jiang sent you to”

“You are Yanjing’s Jiang family’s young lady from the first wife, Lord Jiang’s own daughter.

How could you be living in this kind of place The early summer is damp, how could you kneel for a whole night, what would happen if you fall ill Someone is clearly making it hard on you on purpose.

Jiang second miss, why don’t you follow me and go back to Yanjing together.” Said Madam Liu suddenly.

Tong’er heard this as she was kneeling and her eyes brightened.

The words spoken by Madam Liu had the exact meaning of giving Jiang Li a way out of her predicament.

Jiang Li had been thrown to Mount Qingcheng for so many years and was tossed to the back of everyone’s head as she held no interest to anyone.

In any case, at present Madam Liu was still an official’s Madam and with her issuing this word, there would be no problem.

Wait until they return to Yanjing, look at how many gentlemen and ladies around would say a few sentences.

No one could say that it would not pass to Jiang Yuan Bai’s ears.

Jiang Yuan Bai naturally would right away remember this daughter that was thrown away in the nunnery.

However, Madam Liu was already done speaking yet she had not heard any reply from the girl in front of her.

Jiang Li lifted her head and looked at her in astonishment, happiness seemed to flit by her expression.

Yet it immediately turned into hesitation, followed by a resolute shake of her head as she replied: “Many thanks for Madam’s good intentions.