Marriage of the Di Daughter CH 17 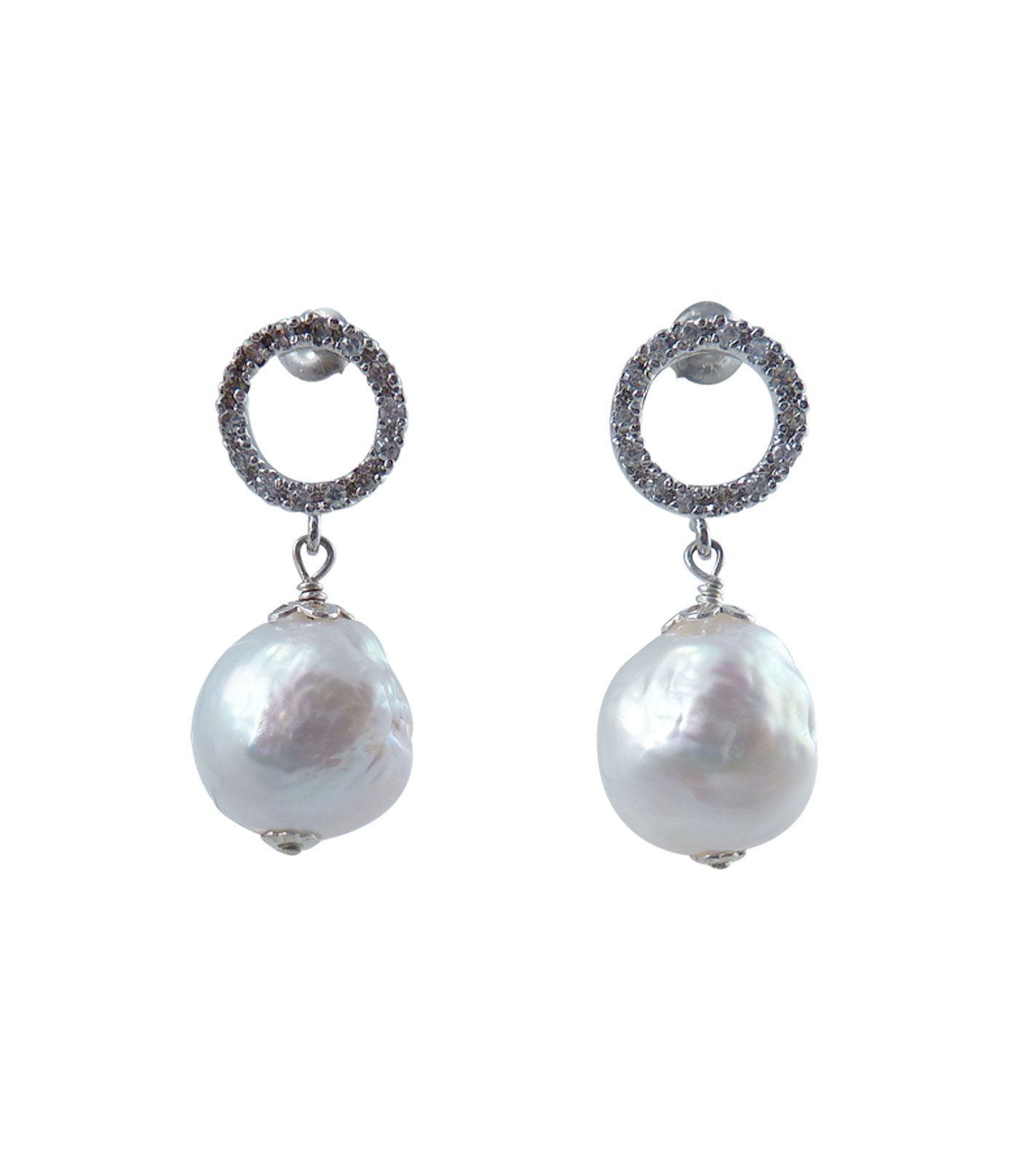 Please read this at BloomingTranslation blog.

Tong’er who was standing at the side wanted to defend her mistress with a few words, but at this time, it wasn’t the place for her, a servant, to say anything.

Jiang Bing Ji reminded the people present how vicious Jiang Li was before.

Such a girl who could plot to harm her own blood relatives, in the end, it would only make people fear her.

Jiang Li merely seemed as if she didn’t hear Jiang Bing Ji’s words, her smile wasn’t reduced in the slightest.

She faced Jiang Bing Ji and spoke: “So this is younger brother I didn’t expect that coming back I’d see him already so tall and very cute.”

However, when heard by Ji Shuran, it seemed to harbor malicious intent.

Before she opened her mouth, Jiang Bing Ji shouted loudly: “Who’s your younger brother You are a murderer!”

What he had spoken the first time could be ignored, but the second time was somewhat ugly in the ear, especially since Jiang Bing Ji raised his voice high.

Jiang Yuan Bai’s face sank and he said: “Who taught you to speak like this”

Jiang Bing Ji shrunk his neck, apparently, he was somewhat afraid of his father and no longer spoke.

She glared at Jiang Yuan Bai: “It’s just talking, why are you angry towards a child” Then she turned to see Jiang Li and faintly spoke: “Second girl, meet your uncles and aunts.”

Jiang Li complied and raised her eyes towards the rest of the people.

In terms of family, they were a well-matched pair.

He beamed while looking at Jiang Li, totally amicable.

Lu Shi was the typical noble lady of Yanjing who paid careful attention to her appearance.

Jiang Li briefly swept her eyes over her; clothes and hairpins were all inlaid with precious stones.

She probably didn’t lack silver and loved to dress up.

Lu Shi looked tender and beautiful; however, her gaze was astute.

They really complemented each other.

She took off a string of jasper beads from her wrist and gave it to Jiang Li as their meeting gift as she spoke: “It’s good to come back,” while sizing her up.

As for the third branch, Jiang Yuan Xing, he was old master Jiang’s son from his concubine, a shu born.

Despite being a shu born, he got along well with the other two branches and they lived together harmoniously.

Jiang Yuan Xing from the third branch was delicate and frail, with a bashful appearance.

His wife, Yang Shi1, was a person with a forceful temper.

Apparently, she was Deputy to the Chancellor’s2 shu daughter.

Even though she was shu born, no matter what, the deputy to the Chancellor compared to Jiang Yuan Xing, a secretary, he still ranked much higher.

Probably because of this, Yang Shi always considered herself to have married down and she totally suppressed Jiang Yuan Xing.

For the meeting gift between Jiang Li and the third branch, Yang Shi gave Jiang Li a pair of pearl earrings.

The pearl earrings looked worn, it was unknown whether the third branch was poor or whether it was Yang Shi being stingy.

Anyway, it was not worth mentioning when compared to Lu Shi’s jasper bracelet.

This was precisely Jiang Li’s second uncle and second aunt as well as her third uncle and third aunt.

The eldest looked to be 16-17 years old, his face resembled Jiang Yuan Ping, chubby and all smiles.

The younger one was almost the same age as Jiang Li.

He resembled Lu Shi with his magnificent appearance, and he had been staring fixedly at Jiang Li.

When he saw Jiang Li looking over, he immediately moved his gaze away.

So they were second branch’s two di sons.

instead of shi but it sounded weird, so we’ll be sticking to pinyin.

2: Deputy to the Chancellor (司直郎), we got the translation from here.

This site has a large list of Chinese official/military/other titles, together with a broad explanation of the system (which I did not read).

It might be helpful if you’re reading or translating from Chinese and got a headache with the innumerable titles… or it might be useless, that depends on your luck xD

Please read this at BloomingTranslation site >.<

Yang Shi from the third branch had two daughters who looked around the same age as Jiang Li.

The elder one was called Jiang Yu Yan, her appearance was average, her clothing was also very ordinary.

She looked somewhat weak and cowardly.

The younger one was called Jiang Yu’e.

Contrary to expectation, she had quite the style of a pretty daughter in a humble family and wore brighter colored clothes compared to Jiang Yu Yan.

She stared at Jiang Li but no one could tell what she was thinking about.

This, was Jiang second miss’ family.

Standing in the middle of the hall, she looked at these completely unfamiliar faces, her current so-called relatives.

Yet in her brain appeared the scene at the small county of Tongxiang where Xue Huaiyuan, Xue Zhao and her frolicked around and played noisily.

Although the life here was full of luxury and had a dazzling sight, Jiang Li did not at all feel that the Jiang residence was a place that was hard to part with.

These family members, their sights were probing when they looked at her, sizing her up, either harboring sinister thoughts or evil intentions.

Making her feel that in this residence that seemed cultured and peaceful, there were layers upon layers of great danger.

They stared at Jiang Li, perhaps because the period they were separated was too long and not a bit of intimacy came out.

The others simply didn’t say any words.

To such an extent that when Jiang Li moved towards the two cousins, Jiang Yu’e and Jiang Yu Tang, she saw fear and loathing in their eyes.

It seemed that at that time, the matter of her causing harm to her stepmother and brother had impacted the people so much that nowadays people assumed that she was a vicious and evil female and refused to be associated with her.

Surprisingly, Jiang Yuan Bai didn’t discover this in the slightest.

Seeing that Jiang Li had already greeted all the relatives, he spoke to Ji Shuran: “Madam, ask someone to take Li’er to go to her courtyard.

Rushing the whole journey, Li’er must be tired already.

Jiang Yuan Bai’s manner towards Jiang Li could be regarded as mild.

While the people in Ling Wan Feng, all had different expressions on their faces.

Sun momo,” she instructed: “Bring second miss to the courtyard.” Then she seemed to recall something and turned towards Jiang Li before opening her mouth: “When Li’er returned home, I noticed that there is only one servant girl at your side.

It doesn’t seem appropriate, let me arrange two servant girls to wait on you.” Then she once again turned towards Old Madam Jiang sitting on the tallest seat and spoke: “In this female’s courtyard, Xiang Qiao and Yun Xiang are not too bad, both hardworking and clever.

I think they can be given to second miss.

What does mother think”

Old madam Jiang indifferently spoke: “Do as you please.”

Ji Shuran smiled and asked Jiang Li: “Li’er, do you like it”

Jiang Li looked at Ji Shuran’s gentle and considerate appearance and felt it was ridiculous.

Why would Ji Shuran still feel so uneasy.

So much so that she wouldn’t even let go of her who hadn’t returned home for seven years and had a reputation of being the evil di daughter She had just barely returned home, and soon after she already sent a pair of people to be at her side.

It would be impolite for Li’er to refuse.”

Seeing that his wife and child got along amiably, Jiang Yuan Bai’s expression relaxed a lot and he spoke: “Then don’t delay, first bring Li’er to her courtyard.”

Sun momo immediately brought Jiang Li there without any delay.

As the Jiang residence had the people from three branches living in it, the space was naturally not too small.

Jiang Li followed Sun momo as she was not at all familiar with the road.

However, Tong’er was actually still familiar with it.

The further they walked inside, Tong’er’s expression became weirder.

The location of this courtyard was actually very remote.

When she arrived, she saw the three words at the door of the courtyard and was right stunned right away.

At the courtyard’s gate, there was a small wooden tablet.

The handwriting on it couldn’t be said as nice-looking, yet it was indescribably courageous while still being cute, free and easy.

Jiang Li was unable to say what was the feeling in her heart, she paused for half a day and finally muttered in a low voice: “Fang Fei ah…..”

“This was the courtyard where madam recuperated.” Tong’er reminded her from the side.